Old Mc Donald has a farm & on his farm was Chicken pox here, there & everywhere. One is broke out & still breaking out. The other hasn't started yet. But hopefully they both will get it now & be done. It started yesterday & they have gotten worse over night. Luckily everyone else has had them. But now we have a pox here & pox there, here a pox, there a pox..everywhere a pox! She started noticing that they was there & pointed them out yesterday. But they haven't itched her yet.
Posted by BSOTF at 8:17 AM

Hope y'all get better soon. Calomine lotion and oatmeal baths should help. Take care of each other. Hugs

Suztats,
I had to laugh yesterday she didn't notice them until the afternoon & then had to start pointing them out to me. Which she woke up with them on the mid section. Now today they are all over her, head, arms, back & legs. But the little man isn't breaking out so I'm watching. Hope they both get them at the same time! So we are all done then. She's starting to notice they itch. Luckily I had them twice so hopefully I won't get them again. But noone seems to want them for free to give a good home to. I don't know why? LOL!

Aveno also makes a lotion, one with calamine and one without. We normally keep the one without year round because it is awesome for everything from sunburn, dry skin, bug bites, ect. The other one has calamine and it was the only lotion we could find when I had chicken pox that worked.

Paige Marie,
I know what you mean about that. However did you know that all you have to do is use oatmeal that's in your kitchen. Yes, you can use that in many ways besides just eating it. Which it is great for your sking & great for cleaning it too. Thanks for telling me. Others might not know these things so that's why I thought we would share the information. Never know who it will help.

Hmmmmmm - it's been awhile since the pox here, but I do remember that oatmeal baths were the absolute best for itch relief!

Happy Bluebird,
Yes, it works for many things & don't forget the benadryl & Tylenol. I am waiting for her to stop breaking out. Plus the little boy is starting to get them now too. Twice the fun & then we'll be done. I can't wait until this is over. I keep them busy playing or doing things so they don't think about them itching right now. So far it's working good. Thankyou for caring & sharing with everyone so those who haven't dealt with such fun things can learn so when or IF they deal with it, they too know what to do. I'm keeping an eye on them incase they get in the eyes or mouth cause then I will have to take them to the doctor. But so far, there's nothing the doctor can do. It just has to run the course. 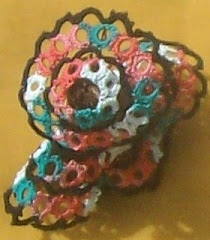